HUGE queues are forming at UK airports today as Britons escape for the bank holiday weekend.

Chaotic scenes erupted in the early morning hours at Bristol Airport as holidaymakers rushed to check in their bags on one of the busiest travel days of the year.

A vast snake of holidaymakers queuing waiting to board flights sent the terminal to breaking point with queues at the gate.

And that’s just the start of around 32,000 passengers who are expected to pass through the airport every day this weekend.

Bristol Airport chiefs recently admitted it had faced ‘challenges’ before handling the 900,000 people expected in August.

And there were similar scenes at Manchester Airport as a huge queue swelled at check-in counters. 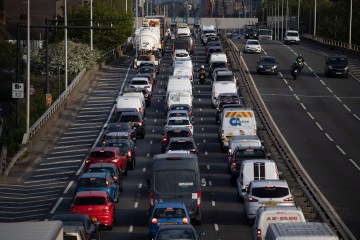 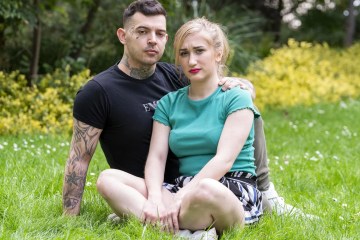 Red-eyed scenes from the early morning terminal rush show hundreds of people waiting in winding queues for hours to drop off bags.

Many have resorted to the self-check-in machines, but queues for these have also swelled.

And London Heathrow’s Terminal 2 has seen the same – with check-ins and check-outs jammed with holidaymakers heading out of the country.

Thousands of people are trying to rush out into the sun on public holidays with families keen to keep children away before they return to school.

Nearly 290,000 seats have been cut from holiday flight schedules in recent weeks, according to a new analysis.

Aeronautical data company Cirium said around 1,200 flights due to depart from UK airports over the bank holiday have been cancelled.

The data revealed that around 900 inbound flights and 900 outbound flights have been canceled over the bank holiday weekend since early July.

The data revealed that British Airways made the biggest cuts since July 1, with 380 departures cancelled.

Bristol and Manchester airports were rocked by major passenger delays and baggage problems at the start of the summer as terminals across the country failed to cope.

Millions of Britons faced utter misery as they were slapped by thousands of flight cancellations and delays.

The problems were made significantly worse when entire flights saw their luggage disappear amid chaos that erupted at UK airports.

Extraordinary footage from inside Heathrow Airport in June saw thousands of abandoned suitcases as baggage handlers broke under the impossible pitch they faced despite being understaffed.

This followed a multi-pronged hangover of Covid-related staff shortages and a failure to train staff quickly enough to meet demands.

Crippling shortages of baggage handlers and thousands of people leaving the industry for jobs elsewhere over wages and working conditions have amplified the problems.

The chaos led to caps on operations at airports such as Heathrow and Gatwick as dozens of flights were cut, delayed, canceled or postponed just to cope.

Chaos is also expected on UK roads today as 12.5million journeys will be made over the bank holiday weekend.

Friday will be the busiest day to hit the road with some 4.3 million separate leisure trips scheduled by drivers making the most of the long weekend.

Bank of Zachary announced last week the retirement of former Chairman/CEO Preston L. Kennedy after 44 years in the banking industry. Family, bank staff and board members recently gathered at the local event venue, Magnolia Fields, to celebrate the career and legacy of a true community banker and his many years of service to the […]